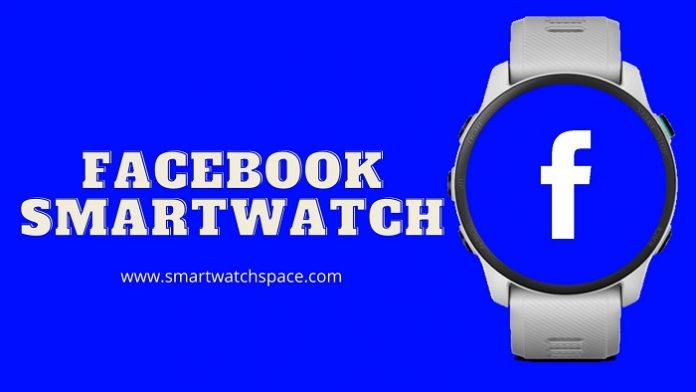 Nowadays, the wearable market got flooded with different smartwatch brands trying to give competition to every brand. Now people are more focused on their fitness and health. Therefore, most of the brands are trying to add enough features to the watch. All the smartwatches in the market are known for their parts at an affordable price range.

As we know, Facebook is also working on its first smartwatch, & they are planning to launch this watch in the middle of 2022. You should know that Facebook does not declare this news officially in the market yet, but they undoubtedly indicate that they are working on their first smartwatch. The Facebook smartwatch will have various features which will make this watch popular among people. According to the sources, Facebook involves different brands to make their watch accessories, and after the successful testing, they will launch the product in the summer of next year.

Following are the main features of the Facebook smartwatch which you will see very soon. Facebook is trying to take a new approach for the brand’s profit and publicity with the help of a smartwatch.

Facebook CEO, Mark Zuckerberg, is trying to take over the market by launching different consumer devices compared to Google and Apple. By using the devices, Facebook will reach the maximum number of people. From the sources, the price of the Facebook watch is not officially declared, but it will be around $400.

Facebook is trying hard to launch this watch in the hardware wearable. They have to convince the people to purchase their first watch. Because of its user data handling, people are giving a hard time to Facebook. Because of the LTE connectivity in the watch, you don’t have to connect your watch to your phone. This feature will reduce the dependence of Facebook on Google and iPhone.