After launching several apple watches with different features and designs, Apple recently launched its latest Apple watch series 6. We all know how excellent Apple watches have performed in the market, and the previous models of apple also gained high popularity among the masses. But this year, Apple is ready to break the barriers by releasing something unconventional. 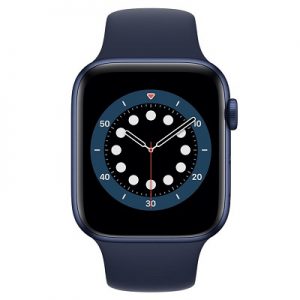 According to sources, Apple is now considering launching a rugged apple watch, which will target a much niche-focused audience. It is said to be launched by the end of 2021 or in early 2022. The rumor explains that the design and most of the rugged watch features will be the same as the Apple watch’s previous models. This apple watch will have physical features targeted towards people who are into outdoor activities.

Is it a Major Upgrade?

We all know that the previous models of Apple watches are used by many runners, hikers, etc. But, the main reason why they use it is because of its sports and activity trackers. According to rumors, Apple’s new rugged watch will have a more upgraded version of a swim tracking system. That’s not all. It will also carry additional sports and activity tracking features which will be much more accurate.

The complete design of the rugged apple watch may not look too distinguishing. But there are some changes made to it here and these. The material of the exterior belt will be sturdier. They can go for the rubberized exterior with additional corner protection. This rubberized texture will be suited for any environment which could damage its previous stainless-steel exterior. Just like the earlier models, we will notice an impact-resistant embed to minimize the damage caused by sudden falls.

What are the Specifications?

Apple has not yet declared any specification about their upcoming rugged smartwatch. But, rumors are that it will mainly carry the same spec sheet identical to its predecessor.

Is it coming anytime soon?

The launch is not happening anytime soon either. We expect that the launch will be delayed. According to the report, there has been no such particular date announced by Apple. What’s more, they have denied the fact that they are working on something like this. So, you have to wait until they announced the launching date for the rugged apple watch.

Aluminium Or Stainless Steel: Which Apple Watch is Good for you?

How to Set Up & Manage Your Apple Watch