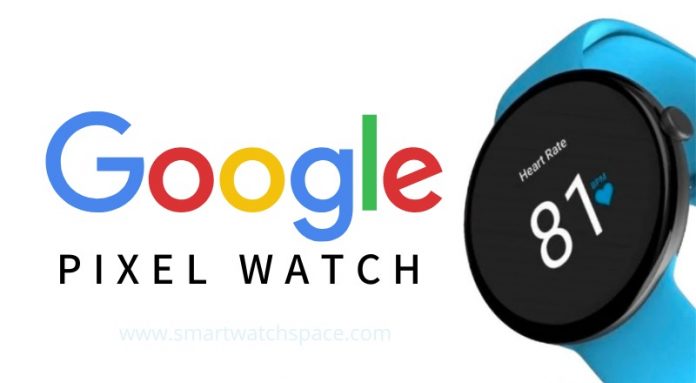 After the immense success of Pixel phones, Google is about to launch a Pixel watch. However, when this smartwatch is going to be released in the market is yet to be announced. Google’s hardware group has been working on this watch for the past few years. It can be expected that this Google watch might give a tough competition to Apple watches or the upcoming facebook watch.

According to a report, the developers have codenamed this watch “Rohan”. It might dominate the market with its exclusive smart features.

Google might not name its first in-house watch as “Pixel Watch”. The name of this smartwatch is yet to be disclosed. This is not the first time Google has thought about manufacturing a watch. In 2016, Google tried to release a wearable device in the global market. But, it somehow got cancelled due to several reasons.

First, the design of that smartwatch was similar to the LG-made watches. Besides, the performance of the watch was not good enough. After that, Google emphasised making smartphones and other products.

After a lot of hurdles, Google is finally coming up with a watch next year. Do you want to buy this Google product? Here are a few details of this Pixel watch which was revealed by Google.

When Google’s Pixel Watch is About to Roll Out in the Market?

Google didn’t announce the date of the release of “Rohan”. But, it might be available to users in 2022. Based on rumours, Google’s smartwatch can be accessible in March or June 2022. The Google developers marked this statement as “false”. However, Google unveiled that this smartwatch might be launched in Spring, but only if the product testing goes right.

The launch date might be delayed if the developers find flaws after running the test. Also, after getting the feedback from the Google engineers, the date will be decided. Wait for a few months to know about the confirmed release date of this Pixel wear. Until then, keep on checking the latest news of Google’s first-ever produced Pixel watch.

What will be the Design of Google Pixel Smartwatch?

The famous Youtuber John Prosser has shared some fresh leaks about the Google Pixel smartwatch. Though many have found Google watches’ designs similar to Samsung watches, it looks completely different from any other branded watch.

Google did not add bezels in its smartwatch. It might have a round face that will be eye-catching enough. Moreover, the developers are planning to add a few more things to make this product durable.

Google has aimed to make this watch wearable for any wrist size. Moreover, the hardware team has replaced the conventional straps with smartwatch bands. Google shared some of the exclusive pictures of the Pixel watch last week. But, the final design or features of this Wear OS device is still not clear. And, if you use a smartwatch and need to restore its data, contact Smart Data Recovery.

“Rohan” would be the best Google-designed product so far. It might contain a 300mAh battery which might last up to 12 hours. But, you have to charge this watch daily to use it without any further inconveniences. Furthermore, its software is going to be the most important asset. Google Pixel watch might have the Wear OS 3 software. And, the developers have given this OS the codename “Nightlight”.

Earlier, only Samsung’s Galaxy Watch 4 used to run Wear OS 3. This Samsung watch has all the Google-designed services and apps. And, now you can get those in the Google Pixel watch as well. Wear OS 3 is developed by Google in collaboration with Samsung. Thus, along with Google, you might notice this new OS in the latest Samsung watches. In the recent video, Google showcased what the Wear OS 3 can do to the customers. So, watch that to know more about this next-generation watch.

According to reports, Google is adding Fitbit integration to this device. It might have a heart rate sensor and step counting facilities. Additionally, Google watch can track the health condition of the users. This Pixel watch might also get Qualcomm’s latest Snapdragon Wear 3100. With its 4GB RAM, the users can store the daily health reports.

Moreover, the Google watch features a 512MB storage and GPS tracking feature. You can connect this smart gear with a 4G LTE connection. But, it might not support a wireless connection. The Pixel watch is going to be water-resistant. Google didn’t state anything about whether it is going to be dust resistant or not. It could also have a few more health features in the coming years. And, this would help Google to stand out from the crowd.

What will be the Price of the Google Pixel Watch?

Google first talked about Pixel Watch at the developer conference in May 2021. But, at that time, it didn’t mention the cost of this product. However, the price of a Google Pixel watch will be more than an Apple watch. Some claimed that it might be cost-effective as the Pixel phones. But, if you want to know the final cost of this high-end product, wait until Google discloses it.

Why Did Google Delay the Launch of Pixel Watch?

Google was about to release its Pixel Watch in May 2021. But, due to the chip shortage, the company is taking time to launch it. And, it’s quite hard to predict when these chips are going to be available. Many individuals tend to think that Google will announce the release date with the launch of Pixel 6. However, the developer team is still working on this gadget to make it flawless.

Evidence that Confirm Google is About to Drop a Smartwatch

Many consider the release of the Google Pixel Watch as a rumour. But, certain instances confirm that Google is developing a premium design watch. Google claimed it is on the way to launch an Android wear 2.0 device in December 2016. Further, the watch might not be under the Pixel line. After the launch of LG Watch Sport and Watch Style, Google didn’t take any initiative to release its watch. But, they relaunched its first Wear OS platform in March 2018.

At the 2018 fall hardware event, Google stated that the Pixel watch might appear in 2018. Alongside, they also talked about releasing two new next-gen smartphones. Google failed to complete the product designing work within this time. After this, an online company published that Google is working on three models of Pixel Watch. At the end of 2018, Google confirmed that Pixel Watch might not launch.

What Else Do We Get to Know?

In 2019, Google partnered with Fossil to develop the smartwatch technology. Later this year, the possible code names for Pixel Watch – Salmon and Medaka appear online. Then, Google added the job roles for smartwatch gear designers on their site. In April, Google started to develop its watch’s band mechanism. In May 2020, Google said that it wishes to add hand gestures to a watch.

The possible design of Google’s watch leaked from an online video in 2021. Google started redesigning the watch’s software in May of the same year. On December 3, Google’s hardware group said, they are designing a watch that will be different from Fitbit. On December 6, people came to know about the Pixel Watch’s circular design from a shared image. However, Google might change the design in the future.