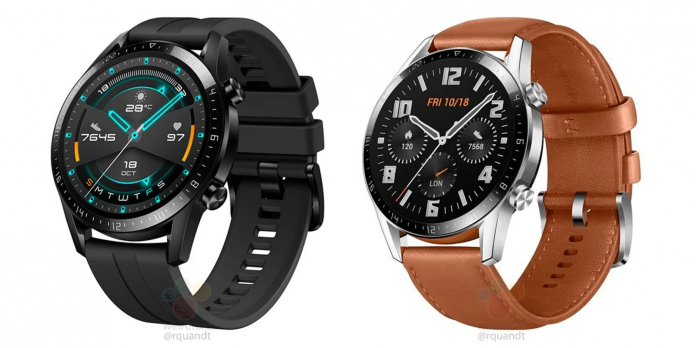 Last year in October Huawei launched Watch GT alongside Mate 20 series with its own Lite OS. Now according to latest press leaks Huawei is planning to launch Watch GT 2 most likely on September 19 at the Mate 30 event. Most probably it will launch on September 19 and if not we can see it at IFA 2019 which is mere days away. So, the question that comes in our minds is what are the upgrades? 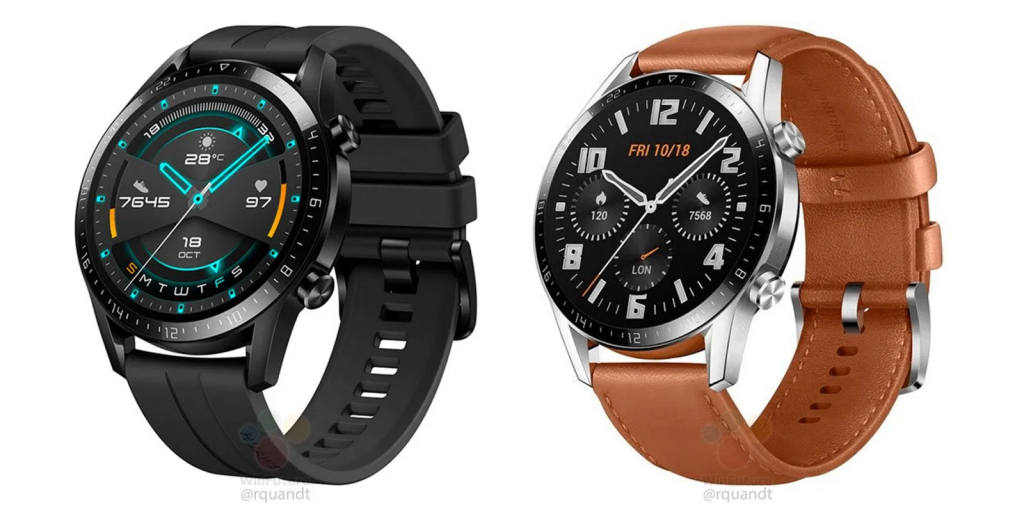 The official press renders reveals some minor but solid improvements over Watch GT. Watch GT 2 will come in two variants, an all black model with sporty band and a classic variant with tan leather straps and black-silver dial. It has slightly larger display and thinner bezels as compared to its predecessor with no remarkable change in design. Watch GT has 420mAh battery which lasts for almost 2 weeks and Watch GT 2 offers a boost in battery section with its 445mAh battery.

The next big upgrade is in-built mic and speaker which were missing from Watch GT and it means you can pick and make calls directly and it also points towards the involvement of cellular connectivity. It will also have integrated GPS and optical heart rate sensor just like the previous watch for sports and health tracking. It is likely that Watch GT 2 will also ditch Google Wear OS and will run on an updated version of LiteOS.