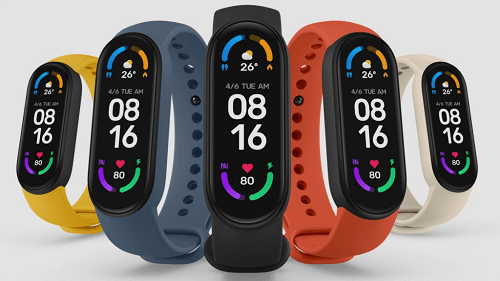 Xiaomi has constantly been launching their new products in the market, gaining more popularity among customers. Likewise, Xiaomi has launched several models of the Mi band in the past few years. Xiaomi has become quite famous and is known for its budget-friendly fitness bands that also offer several features. Xiaomi has officially unveiled that the Mi Band 6 will hit the market very soon.

When will it launch?

Xiaomi has announced the launching of the Mi band 6 in April of 2021. It will great haul for the fitness band, and it will be competing with other hybrid fitness bands. They also share the details of the brief features of the Mi Band 6. If you think of buying Mi band 6, you should know about every new or updated feature of this band. The previous models of the Mi fitness band have several features with great designs. But this one is said to boast even better features. We have also covered the review of Xiaomi Mi band 6.

Overview on Features and Upgrades:

According to sources, the price of the Xiaomi Mi band 6 is not declared. But we will get to know about all these details very soon.