When Xiaomi released AMAZFIT Cor 2 on January 7th,2019 rumors were circulated that it could also launch the successor of its successful sports smartwatch Huami AMAZFIT BIP. And yes the rumors were pretty right the second generation of AMAZFIT BIP, called the AMAZFIT BIP 2 is already certified in USA now and we can expect it to launch in summer 2021 probably in June. 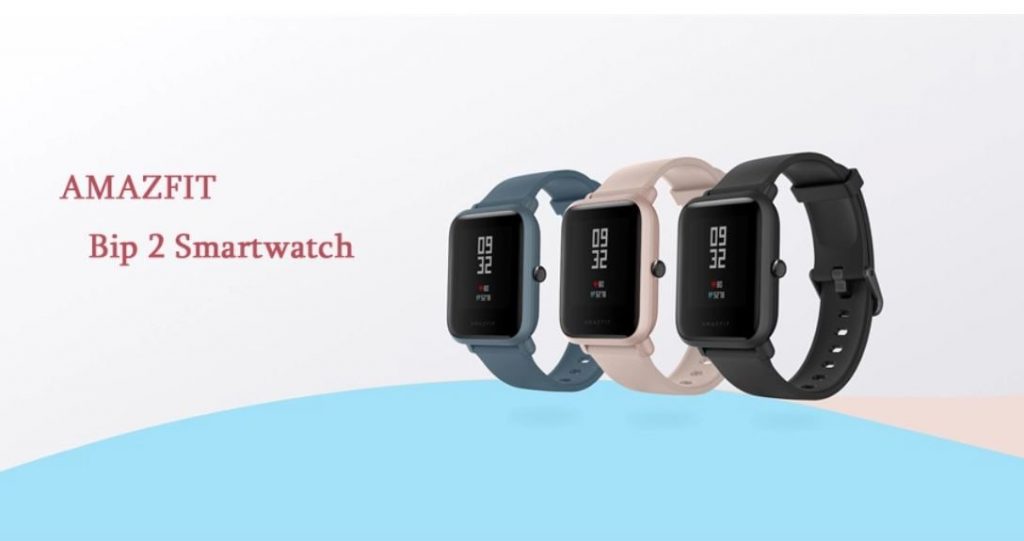 Xiaomi has not made any notable design changes in BIP 2 and it looks pretty same like the first generation smartwatch. There is some upgrade in the hardware part and a little in the battery. A good upgrade is about water-resistance and NFC support. Below we will discuss all the specifications of Huami AMAZFIT BIP 2 and will compare it with its predecessor.

Huami Amazfit BIP 2 has the same square design but is on a slimmer side. It is available in bright colors and interchangeable straps which points that it is focused towards the younger generation. The body is made of polycarbonate and zirconia with 20mm silicone straps which feels light and comfortable on hands. At right side, we see a flat power button unlike the round one on the previous version. 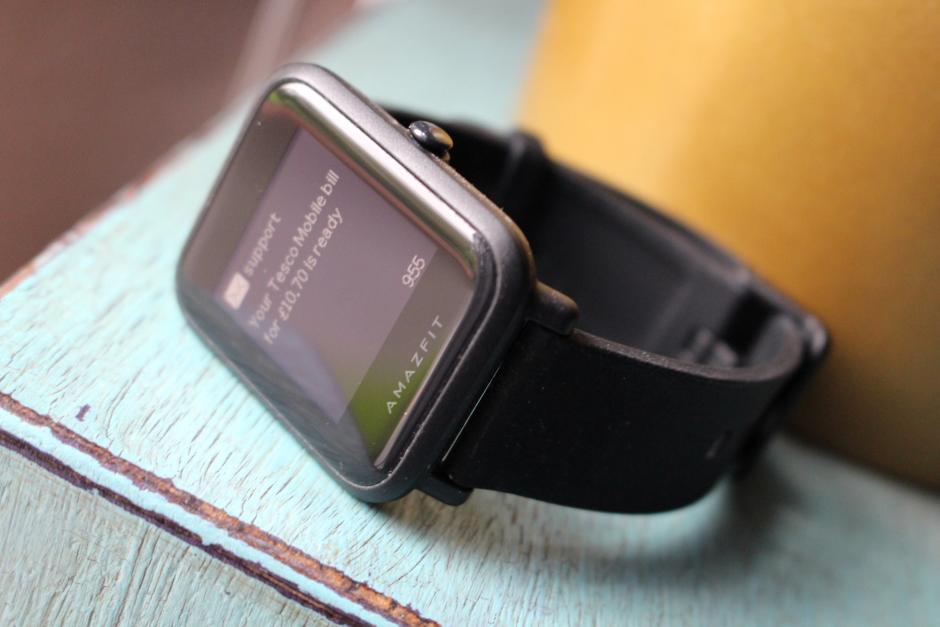 The charging dock and heart rate sensor at the back are slightly different from BIP which means it is going to have a new charger.  Now the next good update is the water-resistance, it is IP68 certified like BIP but now it can survive up to 5ATM which means you can swim with it under 50m depth freely.

This waterproof smartwatch has the same 1.28 inch LCD display like BIP but the resolution is downgraded from 176 x 176p to 127 x 127p. However, the display is made more colorful and has 24 colors, unlike BIP which has 8 colors. But we would have expected a better display and it is a bit disappointing.

BIP 2 has some new sports and fitness functions from its predecessor like additional swimming mode all thanks to 5ATM water resistance. It has basic automatic motion detection for automatically counting your steps along with calorie and distance counter. The heart rate monitor of the device can be set to 24-hour monitoring via the app.

AMAZFIT BIP 2 is loaded with dual built-in GPS as well as GLONASS for accurate map positioning. It also has a triaxial acceleration sensor, PPG heart rate sensor, geomagnetic sensor, gyroscope sensor, and compass. It has Bluetooth 4.2 for connecting it to your smartphone.

Another upgrade is that BIP 2 will come with NFC support but it will be only available for China like Mi Band 3.

After connecting it to the smartphone you can receive call and message alert and can also read the message on your wrist. Calendar and social media apps alerts can also be received on it and you can also manage music on it. You can pause music or change tracks when your phone is connected to it.

The battery was one of the best selling points for AMAZFIT BIP as its 190mAh battery has a standby time of up to 40 days. There is a slight upgrade with BIP 2 as it will have a 200mAh lithium polymer battery with the same standby time.

The price of AMAZFIT BIP 2 is not known but it is expected to cost almost the same as BIP which is around $99.99.

This Xiaomi smartwatch has already passed various tests and certification so we can expect it to launch very soon, maybe in the next month. We will update you with its official release date and price very soon.

AMAZFIT BIP 2 is a great sporty smartwatch which is lightweight and gives the feel of Apple watch. The bright colors give a breath of freshness to the design. A great upgrade we see is 50m water-resistance which will be great for swimmers.

For Chinese users, NFC is a great update which makes payments hassle-free. The display is a bit disappointing as we were expecting lesser frames and more display also the colors are upgraded but we don’t see any point in downgrading the resolution.

The display is LCD which is reflective and not a good choice under sunlight. Like AMAZFIT BIP the battery is great which is a plus point. It is a great choice for fitness enthusiasts especially youngsters who don’t wanna invest more money on high-end smartwatches.