Smartwatches are no more a strange thing; everyone is wearing them and loving them. In fact, some of our favorite celebrities never leave home without wearing one. They flaunt the watches in all their attires to all the events.

Every one of them has a love for different brands; however, technological advancement is the common reason why they are all inclined toward smartwatches. 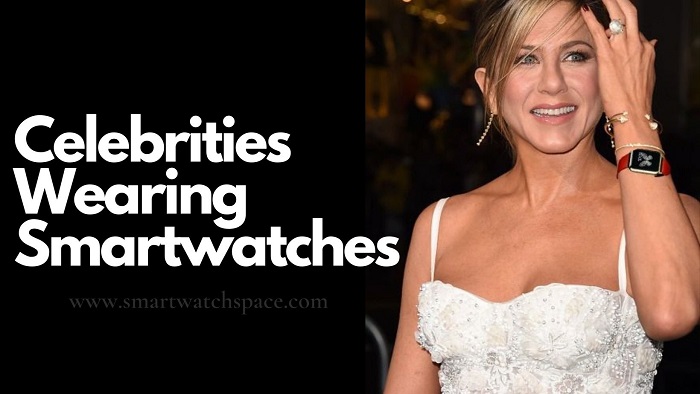 Smartwatches not only make you look fitness conscious but also are style statements and celebrities around the world are their main trendsetters.

Smartwatch is a plus point for Celebrities who love their social presence along with work. Smartwatch makes it easy to access the social world around them by a mere glance at their wrist

Since we are talking about the celebs and their smartwatches, let’s have some of them here- 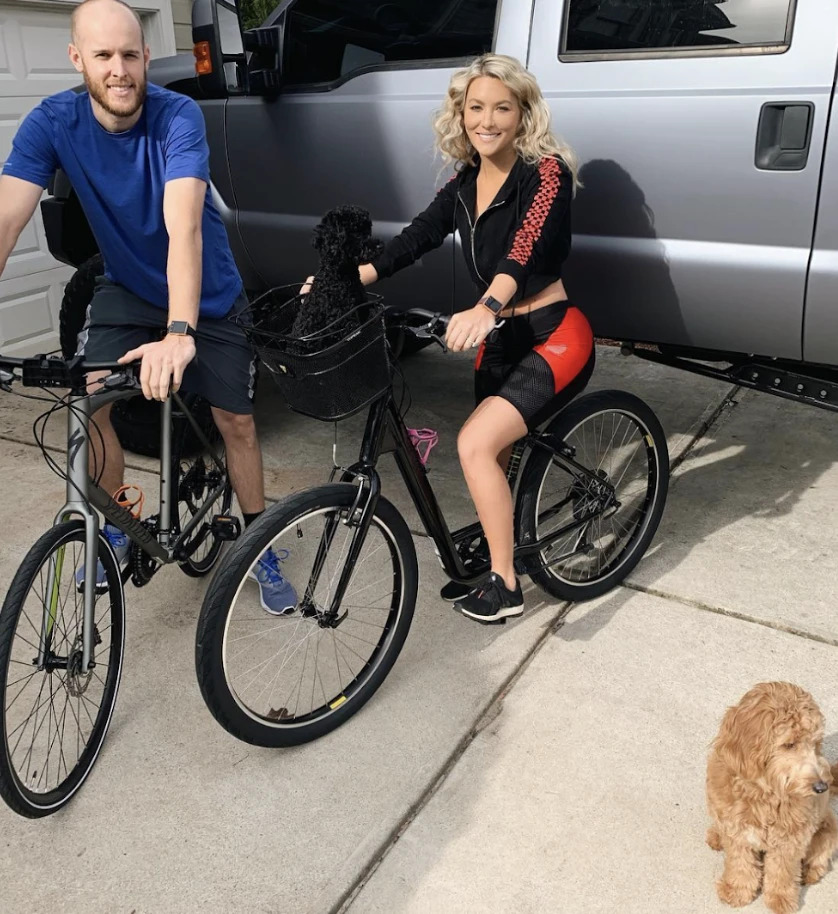 Giants with the sixth overall pick in the 2009 MLB recruited Zack. He is now an American Baseball Pitcher who always remained as one of the top players. Wheeler was traded to the New York Mets for Carlos Beltran and became a backbone to the game. Arm injuries in 2015 and 2016 cost him two seasons; however, Zack came strong and remerged into the game.

Being a fan of smartwatches, he well adorns his wrist with an iTouch Air 2 smartwatch. He was spotted while riding his bicycle with his fiancee, Dominique Rizzo. Zack was donning the iTouch smartwatch in gold and black, while Dominique was wearing an iTouch rose gold and merlot. 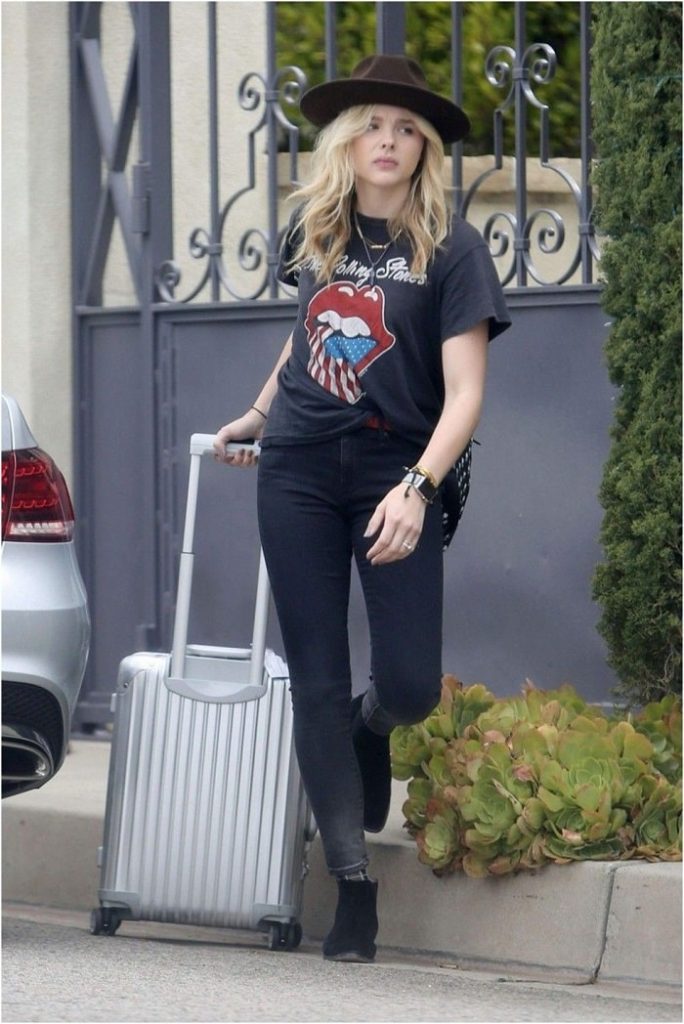 The famous child actor Chole Grace Moretz is one on the list. She grew in the limelight of the film industry.

From her appearance in horror movies to giving voice in movies like Snow White and the seven dwarfs. The artists like her are style statements for their fans. 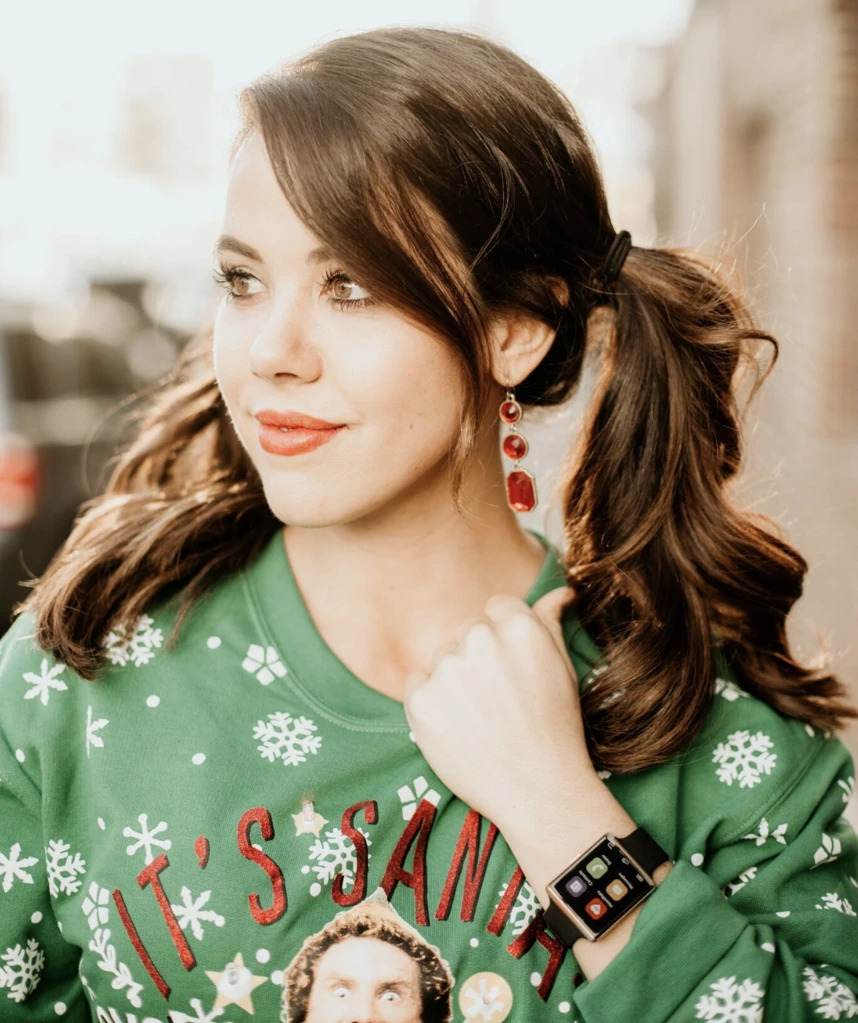 Like many celebrities, Christen Whitney was donning a smartwatch, too; it was an iTouch Air 2 in rose gold and black. We know Christen from Bachelor in Paradise; the woman always keeps her fans update with her fitness regime.

Other than the iTouch, Christen, a few days ago, was also wearing an iFitness Pulse Activity Tracker. And why not when it costs even less than a hundred dollars plus offers plenty of options!

As she mentioned, the watch offers features like a sleep monitor, clock, alarm, pedometer, calories burned, distance tracker, heart rate, Bluetooth, and much more. No doubt that the celeb is in love with smartwatches that are not just smart but highly fashionable too. 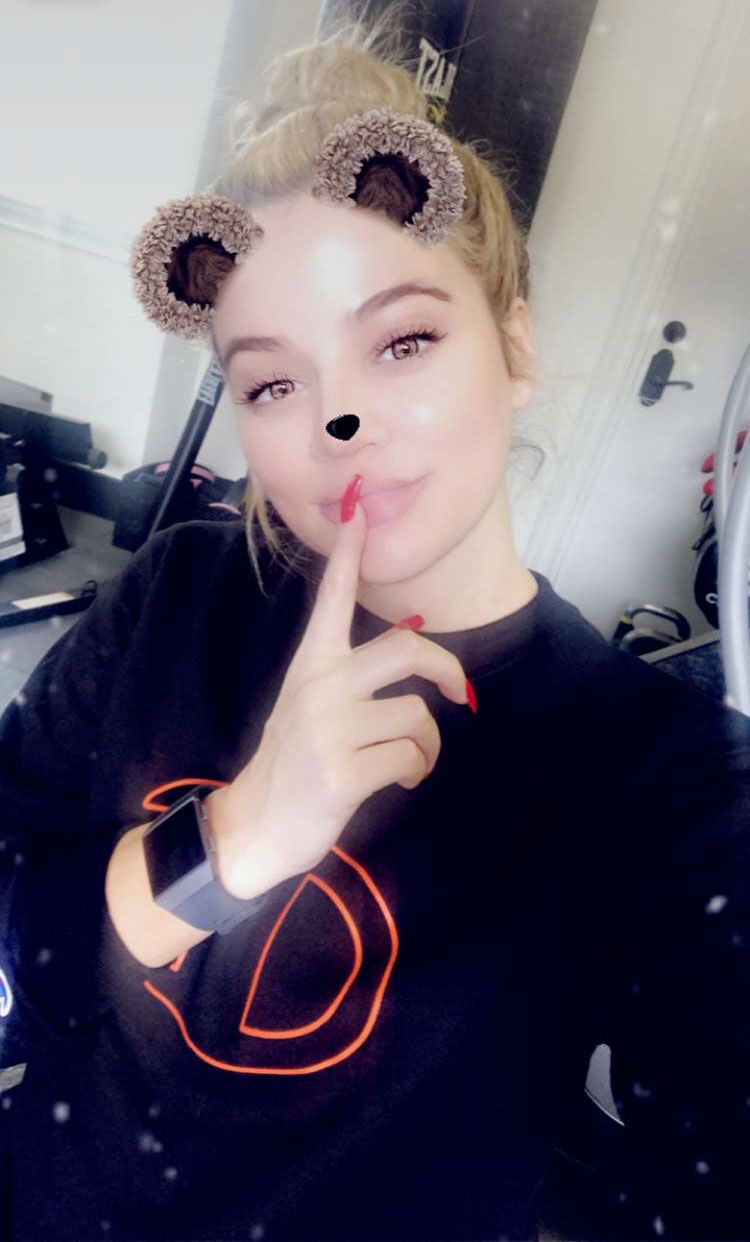 Khloe Alexandra Kardashian is an American socialite and model. She is very well keeping up the name of Kardashians and her sister Kim Kardashian. Her appearance with her family in the reality TV series became a reason of limelight for her.

After that, she signed up for many creations such as Kourtney and Khloe Take Miami and its second season in 2015. She was also seen co-hosting the second season of the US adaptation of The X Factor with actor Mario Lopez in 2012.

All actors and actresses have their love for technology which they might not flaunt on-stage, but they definitely do in their regular life. As a result, Khloe the American media personality and model keeping up with different TV series was marked wearing a Fitbit ionic smartwatch. Khloe always shares the encouragement words with the public for a healthy lifestyle, and her Fitbit smartwatch was one of her fitness products. 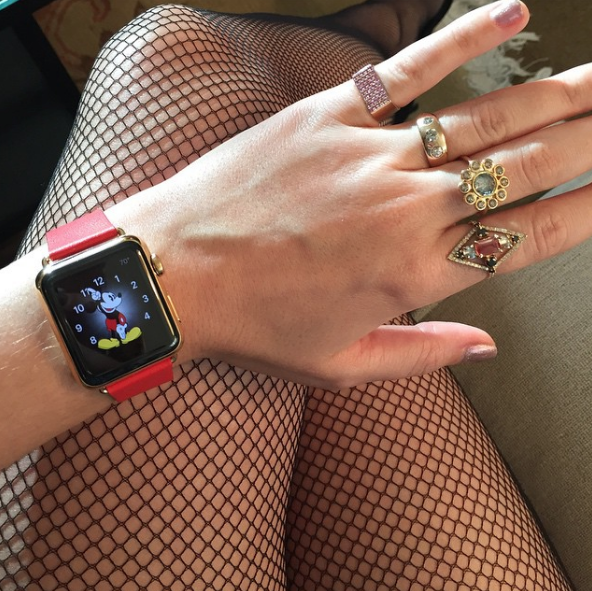 Katy, who is an American singer, songwriter, and television judge, also has her adore for smartwatches. The American singer was wearing an Apple Watch as a result of Apple sending the A-listers their newly launched smartwatch. The watch was also worn by celebs like Drake, Kanye, and Steven Colbert.

Katy’s interest in singing began with being a singer in the church in her childhood. She went for a career in gospel music as a teenager. Her debut album was Katy Hudson, released in 2001 and supported by Red Hill Records. Though the first album was not much of a success, the singer did very well with her other albums and topped the U.S. Billboard. 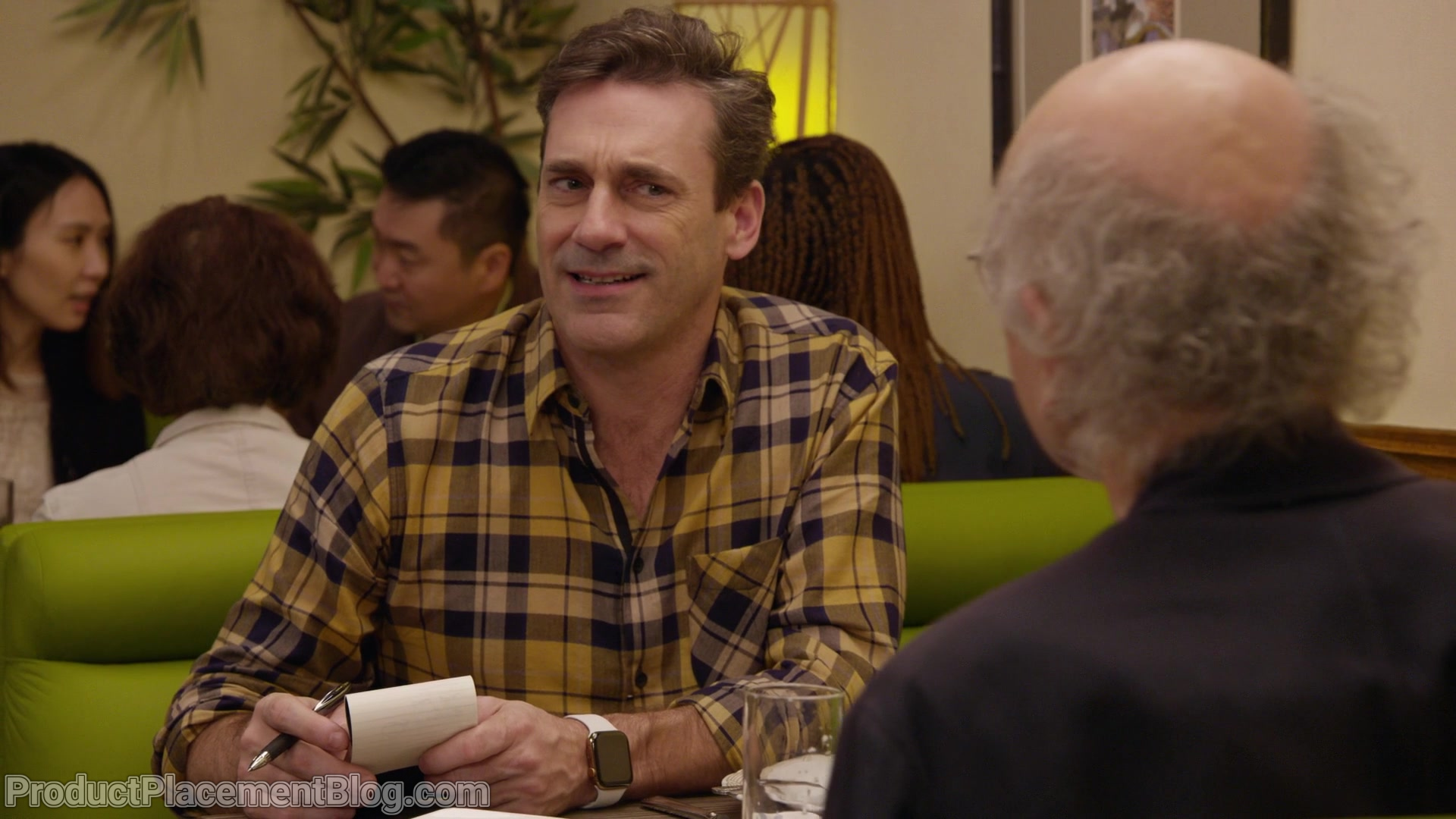 Jon is an American actor and producer. He was brought into the limelight for his TV series appearances such as Providence, The Division, and What About Brian.

Mad Men, which was released in July 2007, got him huge recognition. His splendid performances also bagged him numerous awards like the Golden Globe Award for Best Actor and the Primetime Emmy Award for his acting in 2015.

Coming to his fondness for smartwatches, Jon was witnessed wearing a simple all-black Apple Watch when he was in Los Angeles. When he was performing on The Daily Show, Jon Stewart asked him, “Does that work?” On which Hamm replied, “Yeah! Robert Carlock just sent me a text.” 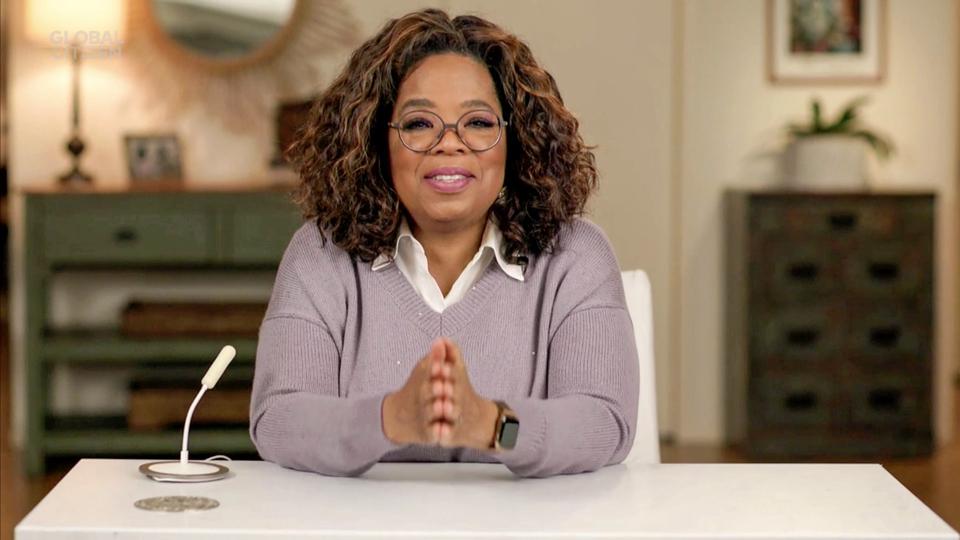 Who doesn’t know Oprah Gail Winfrey? She is one woman with many talents. She is an American talk show host, television producer, actress, author, and philanthropist. Her speeches alone are enough to motivate just everyone present in the room.

The African American woman is not just the richest one, but she is the most influential personality in the world too.

She has this immense love for Apple watches that she had in her list of favorite things. When asked about the watch, Oprah replied that she always loves wearing a rose gold watch. She was so excited to wear the lovely shade as her smartwatch.

Oprah also threw some light on his watch’s features, such as she told about the new cool feature of it, which captures motion selfies or live selfies. 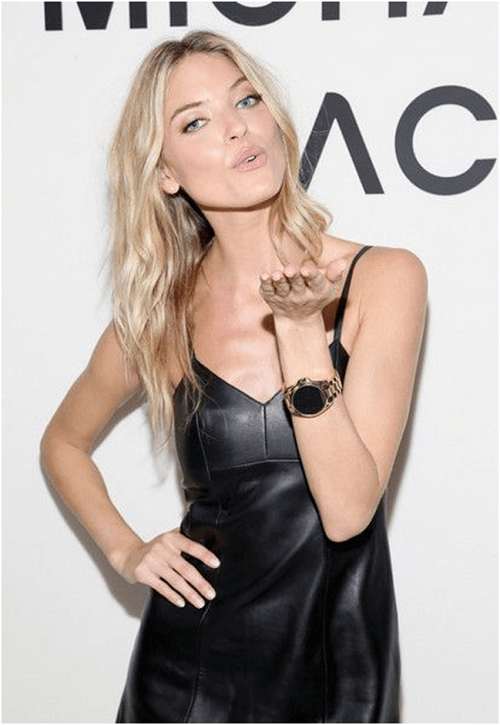 She is a known name in the fashion industry. She is very much popular for her appearance in Victoria’s secret fashion.

We are aware of the fact what fitness means to a model. These smartwatches help these models to track their fitness activities.

She is often spotted wearing Michael Kors Smartwatch. She flaunts her smartwatch along with being a fashion statement to many. Michael Kors smartwatch is a famous brand among celebrities.

The watch has an amazing feature that makes it worth wearable. Featured with Google voice search, fitness tracking, and social media access. She gives a sense of fitness and a fashion freak. 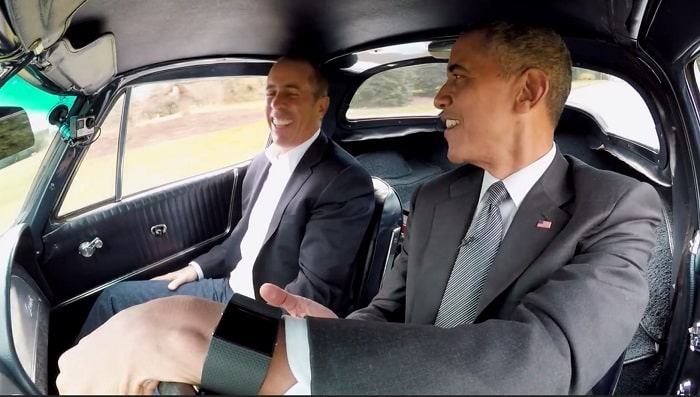 This name is no brainer. He is the most admired president of the USA. But along with being a hard-working personality, he is health-conscious.

In a choice between an Apple Watch and a Fitbit watch, he chose Fitbit over Apple watches. He styles himself with the Fitbit Ionic smartwatch.

This watch works with both iOs and Android smartphones. The battery life of this smartwatch is up to 5 days and is waterproof. Also keeps him updated about the social world. The watch has functions like tracking steps, calories burned, heart rate. 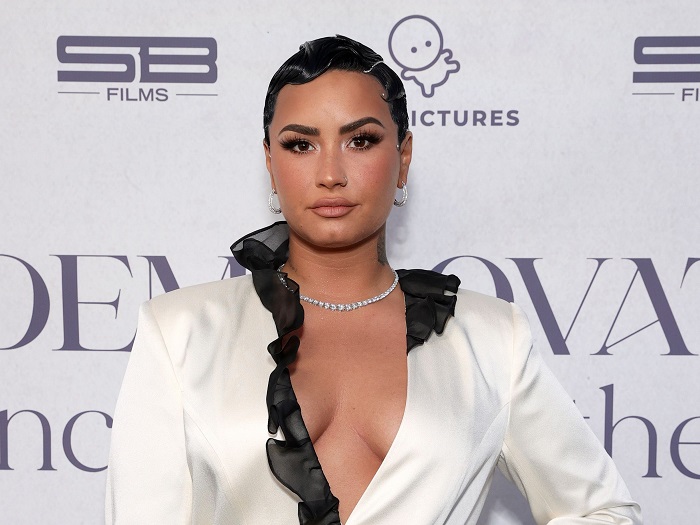 Demi Lovato is another famous Disney star. She is popular among 90’s kids with her appearance in the movie like Princess Protection.

She is a musical pop sensation. She glimpsed wearing Samsung’s Galaxy Gear Smartwatch in her early days. She is wearing the same smartwatch in one of her music videos. She loves experimenting with watches.

She was also photographed wearing an Apple smartwatch. She posted a celeb party picture of her wearing an Apple watch. The watch has all the features like other smartwatches. It is available in different colors, style, and range. 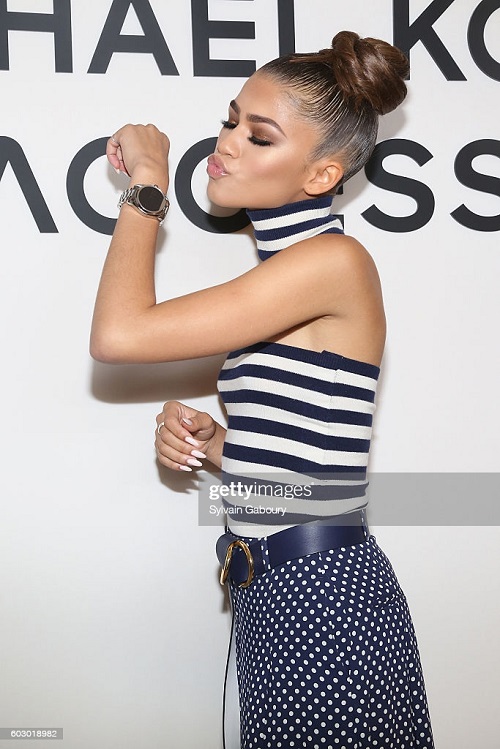 She is a famous Disney star. She is very well known for her appearance in Shake it up. She is a 90’s kids star and an idol. She is grown up to be the known face in the film industry. She is also a fan of Michael Kors smartwatches.

Whether it’s a party or a gym workout, she carries it everywhere. This smartwatch is available in two versions. The first version is Dylan and the other version is Bradshaw.

The feature that makes it special is that watch faces can change with a swipe of a finger. Interchangeable leather bands make it perfect for anywhere go wearable. 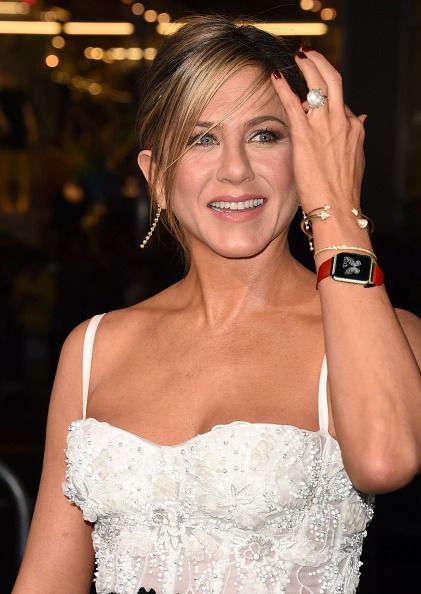 Jennifer Aniston, known for her role as Rachel Green in F.R.I.E.N.D.S. She is the fitness icon of the industry. One can never say that she is 52 years old.

This tells us that she is a fitness freak. She is regular in her workout sessions and never fails to amaze us with her look. She wears an Apple Smartwatch.

Whether it’s a gym look or a red carpet appearance she never leaves one behind. She is a fashion statement and a fitness motivation to all. 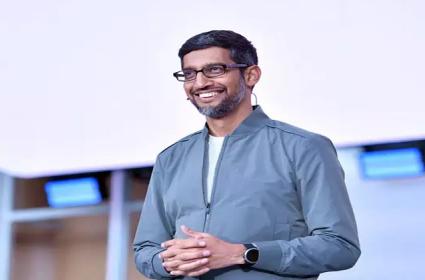 Sunder Pichai is the CEO of Google. The most popular and user-friendly search engine around the world. His success story is a motivation to many. But his love for technologies is nothing new.

Pichai was wearing a Fossil Sport Smartwatch at one of Google’s Conferences. 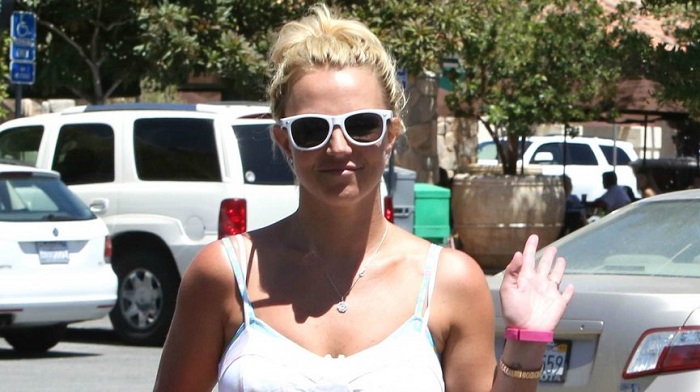 Britney Spears is the hot pop sensation. She is known for her music and stage-burning dance performance and gave us many popular hit songs and dance tracks.

She performs yoga and also inspires her fans to do the same. She is obsessed with the smartwatch. She prefers wearing a Fitbit smartwatch over other watches. She is spotted on many occasions wearing the Fitbit smartwatch. Looks like she likes to keep track of her daily activities meeting her fitness goals.

Smartwatch is the best gadget that gives a sense of both fashion and fitness. Whatsoever be the brand of a smartwatch, they almost have the same feature. Many other celebrities love paring their fashion sense with technology. And why not? It’s a great combo! Our celebrities are our biggest fashion idols. And everyone loves their experiment with their public appearance. Setting it as a fashion trend. On-screen and off-screen, they influence many with their style statements.

11 Pros and Cons of having a Smartwatch