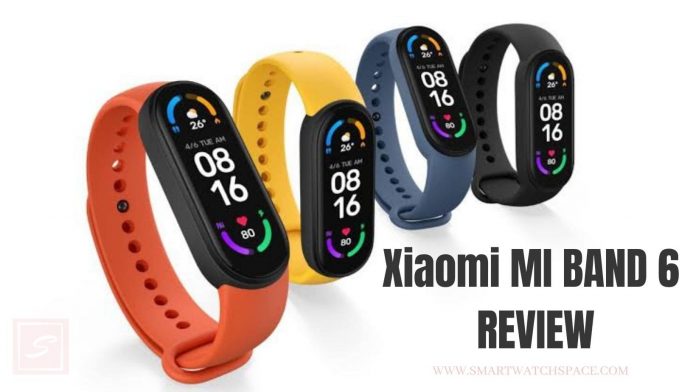 Whether it is a smartphone, a smartwatch, or a smart band, Xiaomi’s Mi has always offered something special with their new over the top gadgets. This time around people are eagerly waiting for the ever so hyped Mi Band 6. And let me tell you the hype is as real as it can get. Mi has always been a mass favorite owing to its affordable price and flagship killer features.

The wait is finally over for fitness freaks. Xiaomi Mi Smart band six is going to hit the market very soon. Xiaomi has been in the limelight for the past few years for its mobile phones with excellent camera quality. With many successful launches of smart bands, this brand has become more popular throughout the world for its unique features in a reasonable price range.

Xiaomi has improved almost every element in this brilliant fitness band. In this article, I will share every small detailed information about Xiaomi Mi Smart Band 6. So, let’s get started.

When it comes to design you can’t really differentiate between the designs of fitness bands. But, this time Xiaomi is looking forward to making little tweaks in the shape of its display. You will be witnessing a change from a flat display to a rectangular oval shape in the upcoming Mi Band 6.

And trust me it will look quite astonishing. The watch is thinner compared to its predecessor and it’s much lighter too as it’s made from aluminum. The material used in the band also feels premium.

The display is 50% larger, and the pixel quality is almost double that of the previous version. It has 326 PPI and 450 nits brightness.

You don’t have to scroll side by side to read all the messages or call reminders from now on. You can also view multiple apps on the screen at one time.

This Smart Band has more than 130 faces and more than 60 faces in the global variant. It also allows the users with customized personal photos. It also supports animated watch faces.

Xiaomi Mi Smart Band 6 will come with 6 exclusive color options in 2021: black, blue, ivory, orange, yellow, and olive green. There are also 2 versions available for this Smart Band, which are NFC and Non-NFC, respectively.

There are many improvements in the fitness mode in the new Mi Band 6. This time the band is said to come with 30+ different sports modes.

It has 5 ATM water resistance which is essential for swimming.

There is a lot of improvement in the accuracy of the sensors in this. It shows nearly the same footstep counts. The band has an inbuilt GPS which helps you track your record accurately without depending on your phone anymore.

This Chinese smart band will also come pre-equipped with 24-hour heart rate monitoring, sleep monitoring, pedometer, sedentary reminder, idle sitting, much more. There will be a vibrating alert when the heart rate goes higher than the prescribed level.

The improved biosensors help inaccurately recording the heart rate while resting but shows a little fluctuated data while working out. The sleep monitoring sensors are perfect and would love to rate it 100.

It has a SpO2 sensor for measuring blood oxygen levels. This will be a serious upgrade from band 5. The SpO2 sensor could be a game-changer when it comes to sleep monitoring and other health information.

Though this feature was included in the previous point, this revolutionary feature deserves a little more explanation. With this feature, the Mi Band 6 will be able to record your blood oxygen level. How cool is this, right? The pandemic has led to increasing demand for blood oxygen monitoring, where this feature will stand out the most.

When it comes to the battery, the Xiaomi Mi Band 6 is destined to be a battery champ. The watch is said to last up to 14 days on a single charge in standby mode and can go up to 18 days on normal use. The watch will last until 25 days if you turn off the heart rate sensor, sleep tracking, and other sensors. Regardless of all the sensors and uses, it can still last up to 7 days without having to charge it again.

It has a  long life 125 mAh battery which lasts up to 14 days. It supports magnetic charging and takes almost 2 hours to be charged fully.

Every new model has some updated features and tools than its predecessors. Here I’m listing down those features which are different or updated from Xiaomi Mi Smart Band 5.

So, these are the features that are different and advance concerning Mi Smart Band 5. However, most of the specifications and features are the same for Mi Smart Band 5 and 6.

As I said before Xiaomi’s Mi Band 6 is said to come with loads of features, and with the addition of the Spo2 sensor, it will have become the best-selling fitness band in the coming years.

Mi Band 6 will jump boundaries with its massive upgrade of features compared to its predecessors. The low price, lightweight, and massive battery life make it more enticing than ever before.

So, if you’re looking to buy a brand new smartband you should definitely go for it after it’s launched in the market.