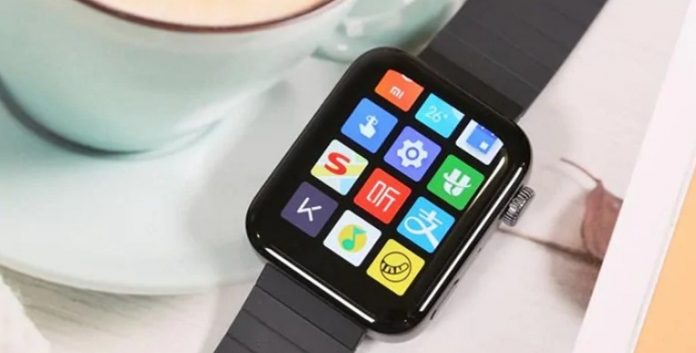 Xiaomi has a remarkable wearable portfolio including activity tracker like Mi Band 3 which resembles Apple Watch and Amazfit GTS which is launched by its sub brand Huami which is again ‘inspired’ by the Apple Watch.

This time Xiaomi has launched its first smartwatch under the brand name Mi called the Mi Watch. It again has the Apple Watch ‘inspired’ design with square dial and rotating crown but is actually more than that.

Of course it comes at a price half than its Apple counterpart as Xiaomi products are known for that. But unlike the cheap clones it has very nice features and is a great choice for people who want a high-end smartwatch lookalike but don’t want to compromise on quality and features.

Here we have reviewed the Mi Watch and explained its every feature in detail so it’s easy for you to decide whether it is worth a shot or not. 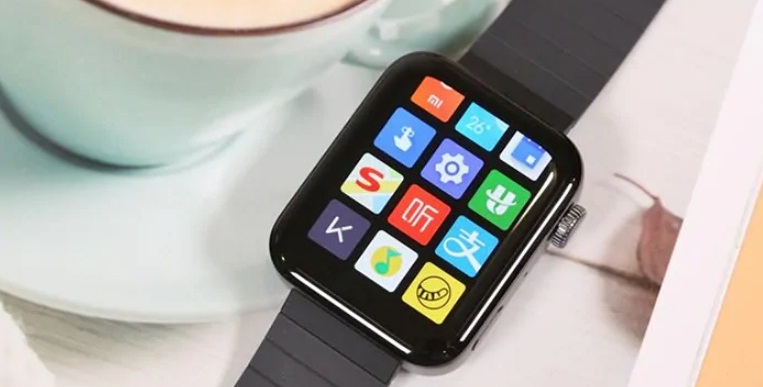 Mi Watch is accused of having copied its design from Apple Watch and it is not completely wrong. If you look it from a distance you will certainly confuse it with the Apple watch because of its square casing with rounded corners and thin straps.

On the right side of the casing there is a crown for navigating through the apps, a pill shaped power button and between them a microphone is placed whereas on the left side a single speaker is placed.

The Mi Watch has an aluminum alloy frame and ceramic back with regular silicon straps. You can choose from silver, black, grey and blue strap colors. It is available in a premium model too with stainless steel casing, Sapphire Glass protection and stainless steel straps, which is priced a little bit more.

Mi Watch is water-resistant too so you wear it while swimming. 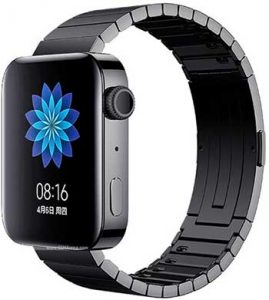 Mi Watch has Snapdragon 3100 chipset at heart paired with 1GB of RAM and 8GB of onboard storage for taking care of apps and data.

It was rumored that Xiaomi could come with its own custom skin and it has done that with Mi Watch. It comes with Xiaomi’s own MIUI for Watch topped over Google’s  WearOS. The user interface is like WearOS but with different set of features.

MIUI for Watch comes with built-in Xiaomi voice assistant and is optimized for better battery life. It allows users to customize their own watch faces, along with a separate store for downloading different watch faces and users can also download various apps from its own app store.

However the global variant will run on stock WearOS and might use Google Assistant over Xiaomi voice assistant as it is more versatile.

As the software is designed to save power, the 570mAh battery of Mi Watch could last up to 36 hours over a single charge. 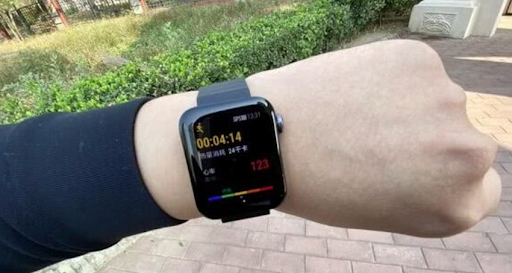 Mi Watch is not like a cheap Apple Watch clone but a proper smartwatch with great fitness tracking features. It uses in-built GPS and a heart rate sensor to track various health and fitness metrics. It also includes a blood oxygen sensor for displaying VO2 max ratings and native sleep tracking which is still not available in Apple Watches.

It features set of various health functions including something called ‘body energy tracking’, exercise tracking, steps and calorie tracking, heart rate tracking. So basically it has got the basics covered along with some extras. Mi Watch features 10 sports modes which include swimming, walking, running, climbing, cycling and more.

The next algorithm Mi Watch gets is Firstbeat. It tracks exercise speed and heart rate at multiple points during a training session so you can easily track changes in fitness levels.

The best thing about Xiaomi products are their price tags and Mi Watch is no exception. This smartwatch comes at half the price of an entry-level Apple Watch Series 5.

Initially Mi Watch will be available on sale only in China but it will launch in other countries in few months. The basic version will be available from November 11th and the premium one will come later in the year.

Although Mi Watch is the costliest Apple Watch look alike but still lot more cheaper than it, and the price seems reasonable considering the quality and features it offers.

It lacks some features like ECG functionality but features like blood oxygen tracking compensate for it considering the price tag.

Xiaomi has worked very much on the looks of Mi Watch and the result is this elegant looking square dialed smartwatch. Overall, you cannot get any better Apple Watch lookalike currently in market with features like Xiaomi’s Mi Watch.