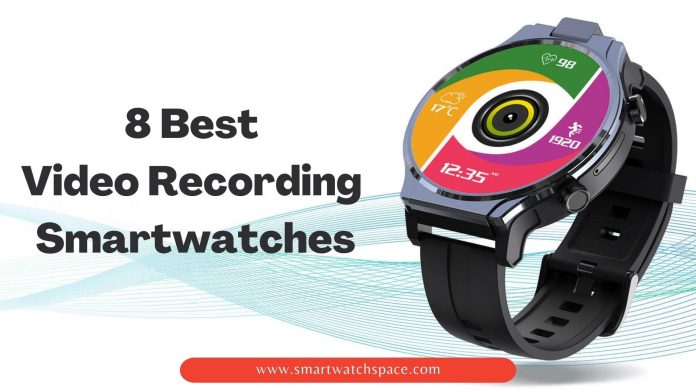 With the rapid development in digital technology, we are consistently getting more and more advanced gadgets. And smartwatches are no exception and they have become an integral accessory in our daily lives. They are used to make calls, monitor fitness and even for spying.

In recent times, several smartwatches have been developed which can record videos in high quality and are used for several purposes including video conference recording and even spying and detective purposes. Still this feature is in very early stage.

We have researched and found out 8 such amazing smartwatches which can not only capture your moment but also record a high quality videos.

Top 8 Smartwatches for video recording in 2022

The following is a list of the 8 best smartwatches for video recording recommended by us. 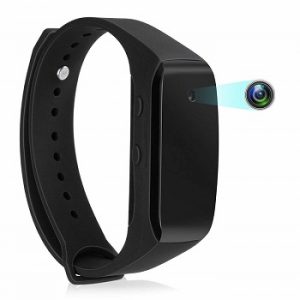 The Lkcare Hidden Camera Wristband is one of the best spy watches available at a reasonable price. Sleek, glossy black, and easy to operate, it serves both as a spy camera and as a fitness tracker.

It comes with a lens concealed within its screen, making the lens hard to notice. Its well-shielded lens along with its fitness tracker look makes it very useful for spying purposes. This watch can record videos in Full HD quality and take pictures simultaneously.

This is another great and cheap spy watch that also functions as a fitness tracker just like the above watch. Its camera lens is located at the bottom of its screen, making it almost impossible to detect.

This budget smartwatch can record videos in Full HD quality and has a long battery life, allowing it to record up to 120 minutes of video at a single stretch. It supports an SD card of up to 64GB for storing its videos. 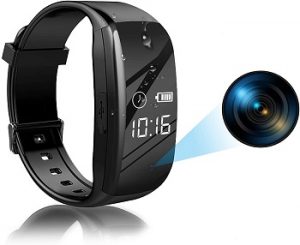 This is a stylish and easy-to-use smart bracelet equipped with a wide-angle camera lens, producing crystal clear videos in Full HD resolution. It has a hidden camera that is waterproof, sweatproof, and dustproof, making it safe to wear in light rains and while washing hands.

While recording videos, this watch emits no light or sound and can thus record without causing any suspicions. It comes with a built-in 64 GB memory card. 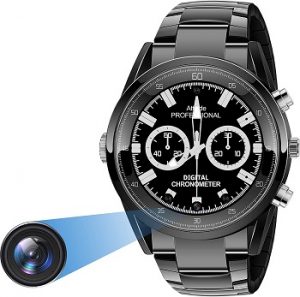 This is a fairly expensive but terrific analog spy watch. Equipped with a hidden camera, it looks exactly like a typical men’s watch, making it impossible to be noticed as a spy watch.

This spy smartwatch is also equipped with infrared night vision lamps that automatically turn on at night without needing to be set up. It records videos in Full HD quality and supports loop video recording. It contains a built-in 32 GB Micro SD card capable of storing over 5 hours of video. 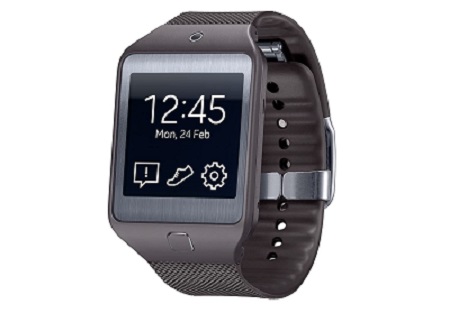 Samsung Gear 2 Neo is a highly fashionable, well affordable, multi-purpose smartwatch with a super AMOLED display. It can serve as a smartphone, video recorder, and fitness tracker. You can easily pair it with your Samsung phone via Bluetooth.

Use it to make and receive calls, listen to music, record and play high-quality videos, track your fitness activities, etc. It is also water-resistant and dustproof.

It is equipped with a 2.0 MP camera capable of taking pictures in Full HD and recording videos in 720p resolution. Its autofocus option helps in taking better videos. 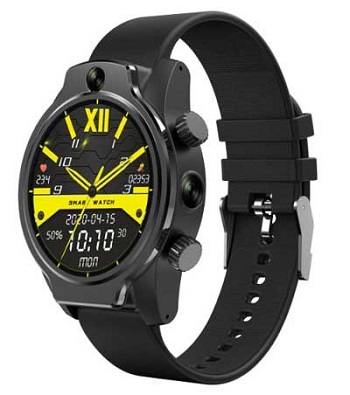 Rollme S08 is the world’s first Android smartwatch suitable for swimming with 50M IP68 waterproof. Highly affordable, stylish, and multifunctional, it is a standalone Android smartwatch, meaning it can work as a phone by inserting a SIM card without having to be paired with a phone.

However, it can be paired with both Android and iOS phones via Bluetooth and supports 4G LTE, WiFi, and GPS. It is equipped with an 8MP front camera and an 8MP side camera for recording high-quality videos and its front camera also allows video calls and face unlock. It has a large 1360mAh battery and a 2200mAh charging compartment. 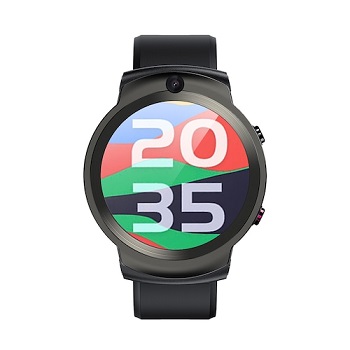 LEMFO LEM13 is the world’s first Android smartwatch with a 360° rotating camera, allowing it to capture images and videos in a full 360 degrees. This is also a standalone, multifunctional smartwatch and supports 4G, Wi-Fi, GPS, and Bluetooth.

It is a Waterproof, fast, and smooth with a unique design, it consists of a 1.6-inch, round, HD retina screen. It has an 8MP rear camera and a 2MP front camera with face recognition unlock and video calling features. 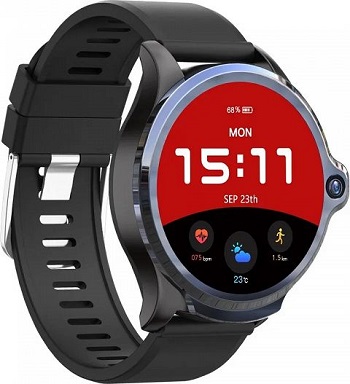 It is also the world’s highest megapixel smartwatch owing to its 13MP auto-focus camera that can record videos in Full HD quality. Its camera is positioned at the top, making it more convenient to take photos and record videos.

So, these are the 8 best smartwatches for video recording in our opinion that are unique in their ways and utilities. Buy the one that best suits your purpose and budget.