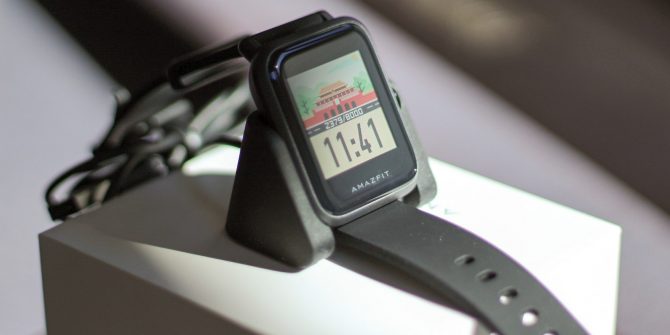 After a huge success of AMAZFIT BIP, Xiaomi has finally bought its much awaited successor AMAZFIT BIP 2. The smartwatch has already passed various tests and certifications and we can expect it to launch very soon. Xiaomi has kept the design of BIP 2 almost same as Bip but has experimented with bright colors which will attract younger generation. This sporty smartwatch is packed with various sports and fitness features and also has 50m water-resistance which will attract the swimmers.

Xiaomi has upgraded some features in BIP2, some are kept same had downgraded the display. Yes, you read that right the resolution of display is downgraded from 176x176p to 127x127p with more color support. The battery is still the same with 40 days standby time. The best upgrade is the 5ATM water-resistance which means it can be taken 50m underwater. Some sports mode are also added and it now supports NFC payment too. It is packed with various sensors and GPS, GLONASS for better monitoring. It can also be connected to smartphone via Bluetooth for receiving various notifications or controlling music. It has the same square design like BIP and has a poly carbonate body with interchangeable silicone straps. We expect it to be priced reasonably same as its predecessor, maybe around $99.99.